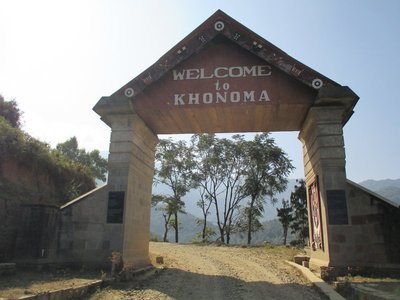 Once upon a time Khonoma was a center of Nagalend's struggle for independence against British and subsequently Indian union.
Khonoman's are really proud of their heritage, and won't miss a chance to tell you about it.
Ironically being a heart of independence movement is now playing to Khonoma's advantage. Indian government has changed their tactics in fighting Naga separatists from hardcore military to economic. They have been pouring millions of rupees into Nagalend's infrastructure, and Khonoma received a massive 3 crore grant to be developed as the first green village. This involved painting all the roofs green, which subsequently burned out, so technically Khonoma is a grey village.

How to get there

We red that there was a jeep going there from the road leading in that direction. After scouting Kohima's jeep stands we came to conclusion that there were none. We bargained and managed to get a taxi for as little as 500 rs for 20 km drop. Later we learned that there was a bus, but it leaves Kohima in afternoon and departs from Khonoma next day, early in a morning. The best way is to take a taxi there and try to hitch a ride on return.

Home stays is the only option. There are a couple in the village and you are advised to google them up and call ahead. As always we didn't do that.
Instead we showed up at the village door. Yes every village in Nagalend has a door or at least supposed to have one. Shortly after we were met by a local drunk man who was far too eager to show us around. It's a real shame I can't find his picture.
He volunteered to help us with a home-stay and took us to none other than Khrielevo Savino - Village Association Chairman. I don't recall what it costed us exactly, but I believe the stay, dinner and breakfast landed us with a 2000-2500 rs bill, which by home-stay standard wasn't bad.
Once we checked in into our modest room the guy (sadly I don't remember his name either) volunteered to take us around.

There are a couple of standard places to visit such as Khonoma fort, which offers a good view of Naga hills around. 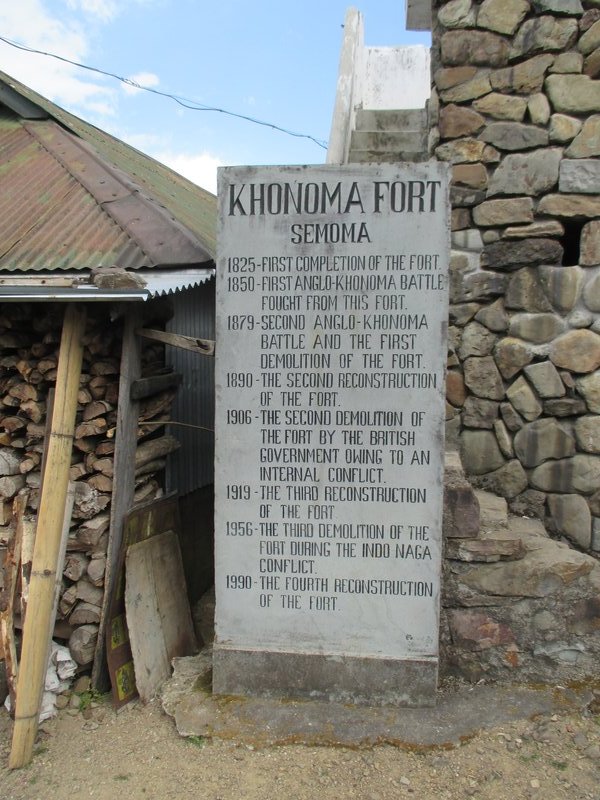 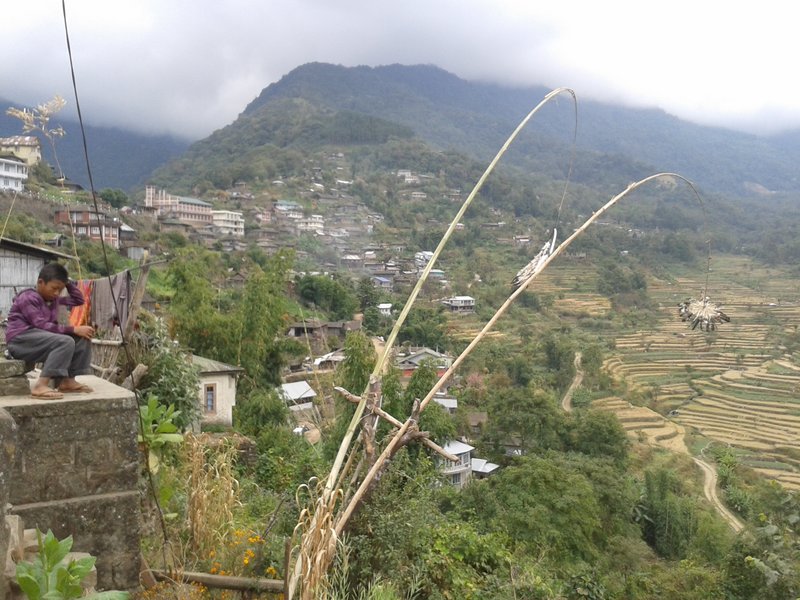 But as we were lucky to have our slightly intoxicated guide he gave us a full tour of the village such as:
Village council circle, for gathering of local elders. 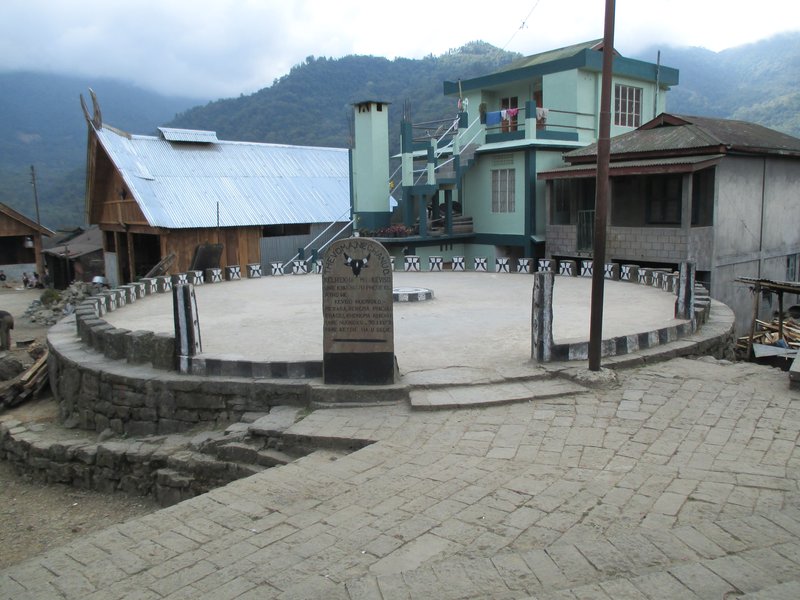 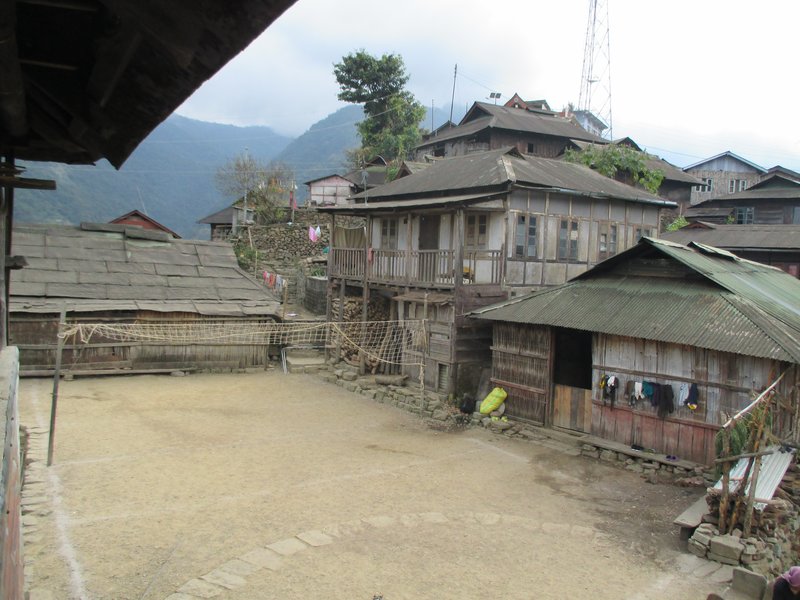 Communal hall with communal kitchen. This is where young man who reached certain age live after they leave their families and before they find their wives. It's worth noting that Nagas have very strong sense of community. A lot of decisions are taken by the council using direct form of democracy. And things such as repairs, well digging, upgrades are done by the entire village gathering up and contributing. 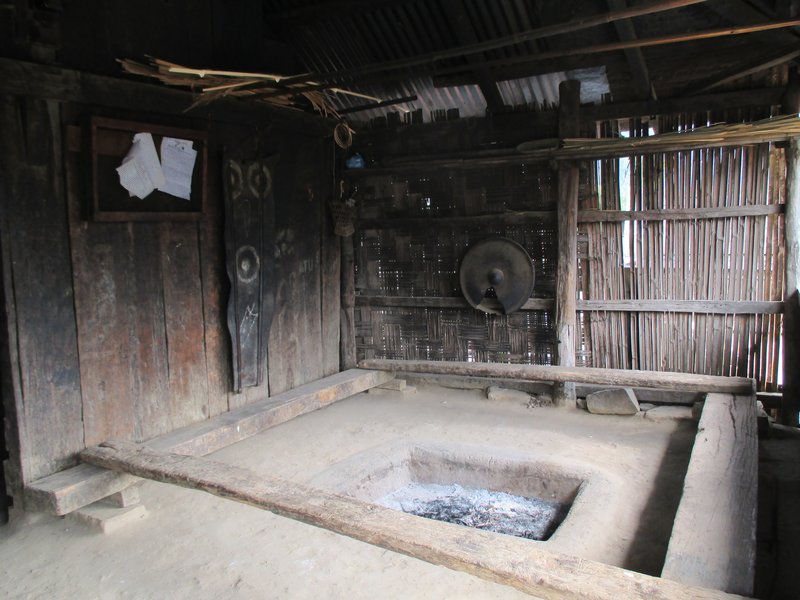 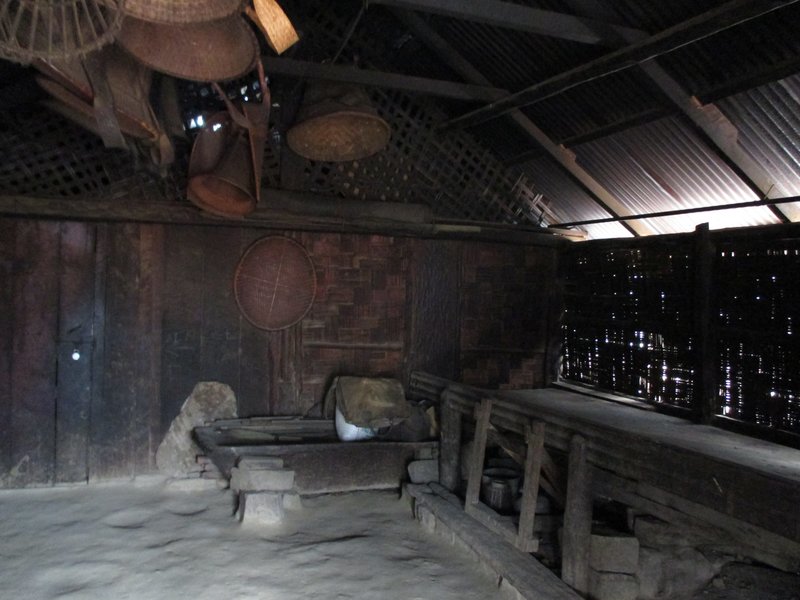 We than popped into a house of the legendary hunter. Who proudly displayed dozens of monkey sculls, sort of a modern substitute for traditional human sculls back from head hunting days. They looked a bit creepy and Dovile refrained from taking pictures of them, sadly. 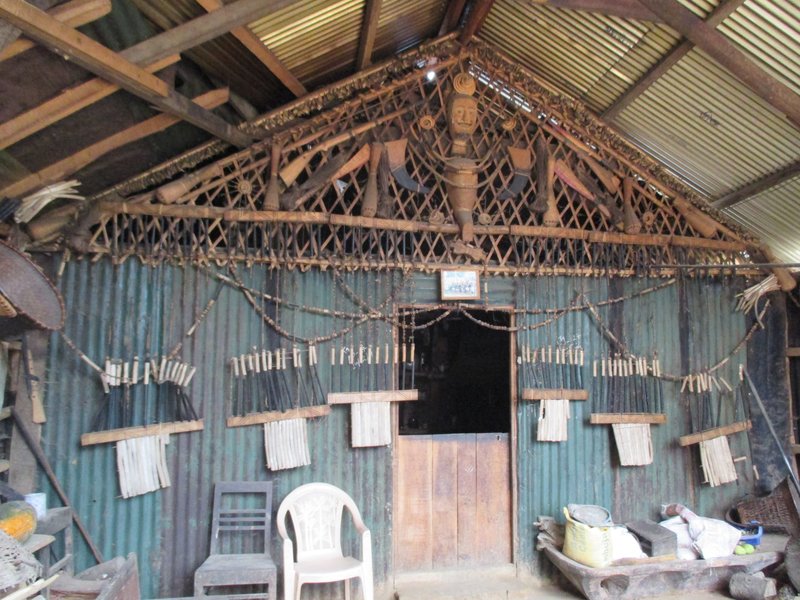 And of course the famous big gun! This is an actual gun, in working condition and it needs two man to fire. 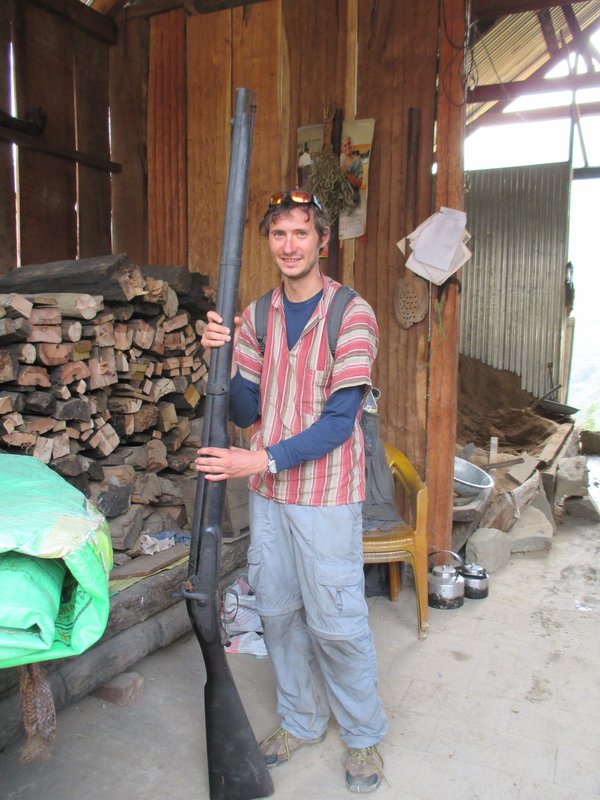 While taking us around our guide popped into a couple of houses here and there, emerging in a tad more drunk state after each visit.
In India when someone gets friendly and offers to help you normally expect an awkward conversation at the end where they will ask you for something at the end. Having said that, Nagalend isn't exactly India, our well drunk (by that point) guide gave us goodbye hugs and went to get some well needed sleep.