Not many people, even in India, heard of Nagalend. As a matter of fact it was almost impossible for a foreigner to visit Nagalend until 2011, when an incredibly bureaucratic and restrictive entry permit was scrapped. Tucked away in India's North East on Burmese border Nagalend was truly cut off from the rest of the world. This is just to give you an idea of where the place is.

A few words about Nagas. Nagas are not Indians. They look nothing like Indians, don't speak Hindi, don't practice Hinduism and don't regard themselves as Indians whatsoever. They are tribal people of Mongolian origin, made up of 16 independent tribes who speak mutually unintelligible languages. Most of the Nagas have been converted to Christianity and Nagalend is the only state in India where English is official language. We visited Nagalend late November, and it was an odd filling to see shops selling Xmas decorations. I think if we didn't pay in rupees we would not known that we were still in India.

We red about Dzukou Valley and it being a place of great significance. But it was hard to find much else.
A starting point for Dzukou valley trek is on Kohima to Manipur "highway" 20 km away from Kohima and just past Zakhama village. We couldn't find a bus or a jeep going over there, and decided to start walking and hail a transport once we were out of the town. Well that didn't work out well, we only saw two buses passing by and non of them stopped. Hence we ended up walking the entire 20km stretch on a dusty road. We stopped at a few places for tea, and every time when we said that we were going to Dzukou valley we were told "it's very far, don't go there".

It took us about 4 hours to reach a trail head at Zakhama. As soon as we started walking we got lost. It's really hard to navigate as there isn't a reliable offline map of this trail. I normally use Maps Me, which served me well all around the world, but Nagalend is really poorly mapped out. Add to this numerous trails which crisscross and not having many people around and it becomes really easy to stray off course. Your best bet is to keep finding people and asking them to put you in the right direction. Once we passed the first section of the trail (with all those other crisscrossing trails) the way became quite obvious. 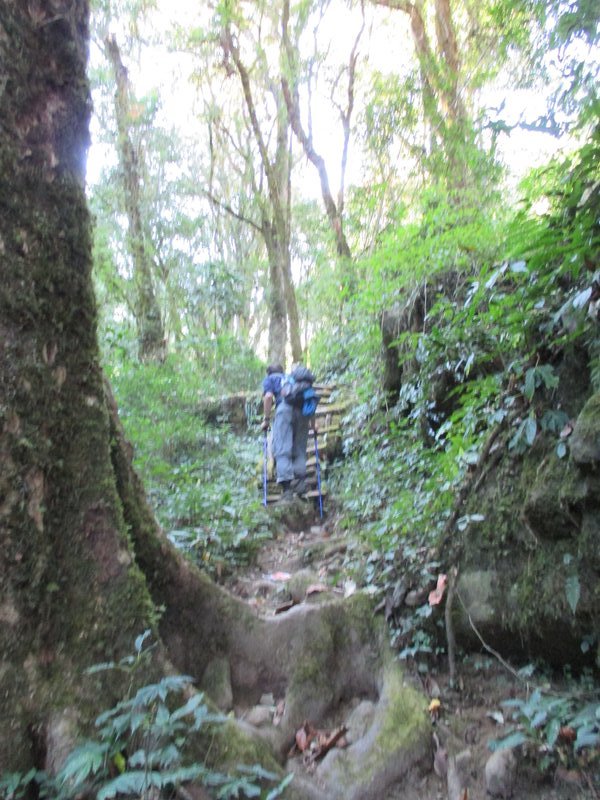 It's a very steep trail through a rhododendron forest. I have messed up my knee a couple of weeks earlier during a jeep ride around Sikkim, and it quickly became a very painful climb. It takes about 2 hours to reach the top of the ridge and get out of the rhododendron forest. You can't really see anything during the climb, and it builds a suspense. What is so special about that valley anyway?
You think that until you get to the top and this just opens up in front of you... 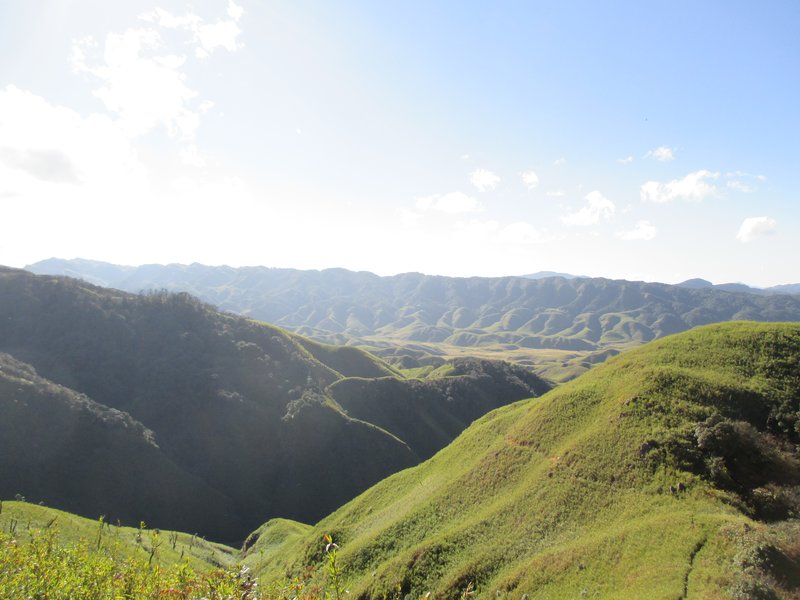 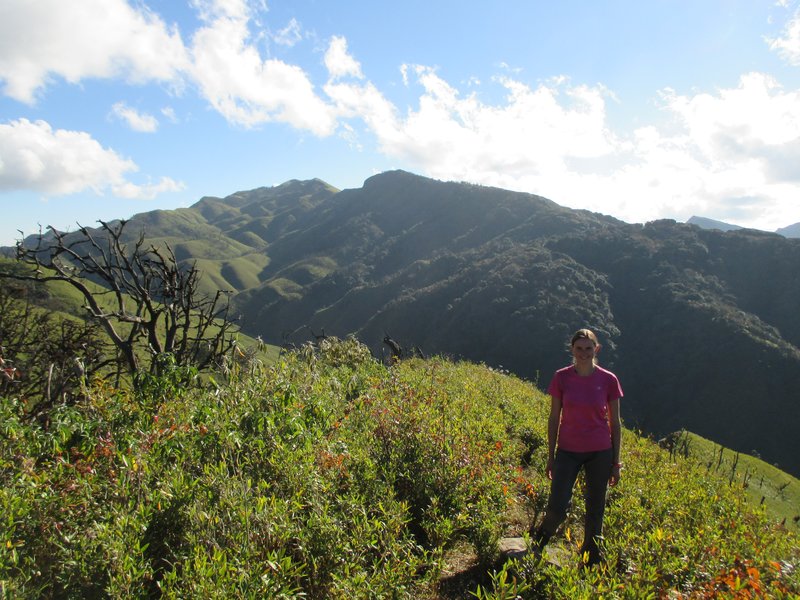 Endless, gentle, rolling hills covered by a carpet of dwarf bamboo create a surreal feeling of being in a movie like Lord of The Rings.
Dzukou is a valley on the top of the mountain plateau and it looks nothing like the Naga hills it's surrounded by. A few years earlier there was a massive fire raging for several days which destroyed most of the trees. 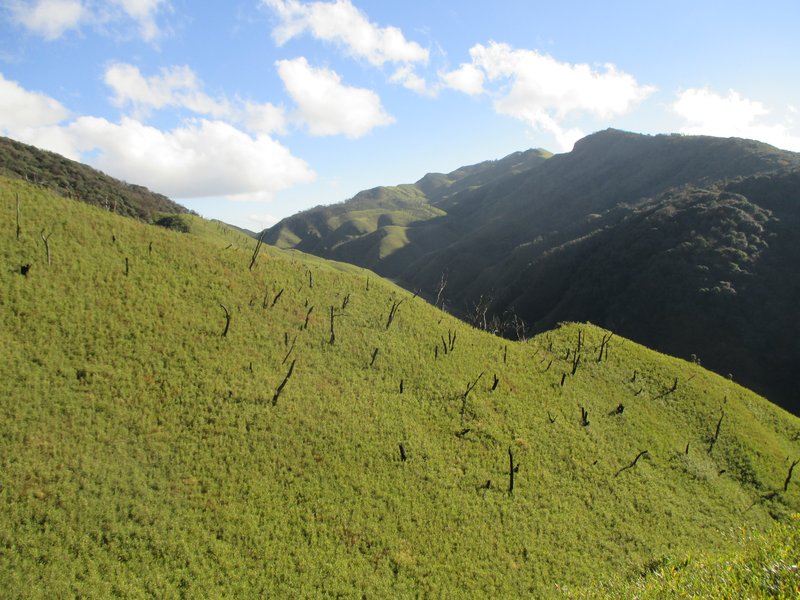 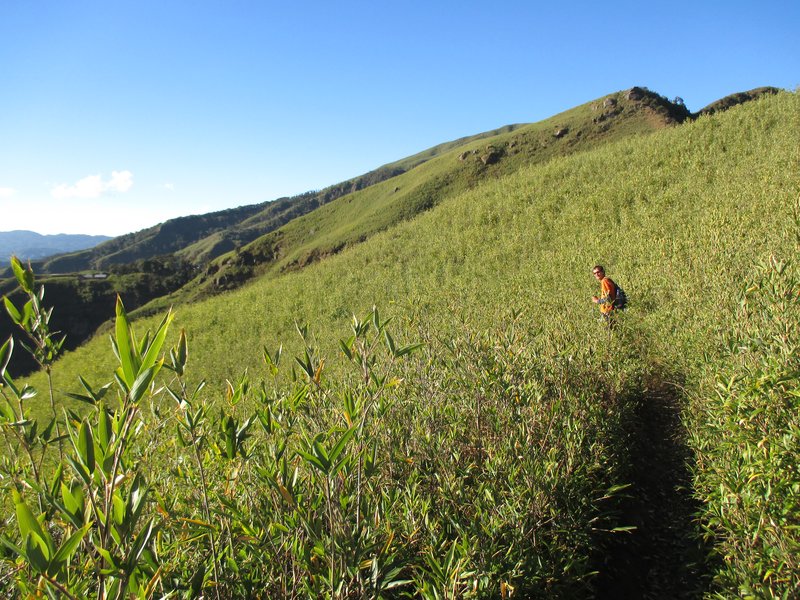 It took us another hour to get to the shelter which is made up of 2 solid building, an outdoor kitchen and a gazebo. There is water source right next to the shelter.
While the buildings are solid from outside, there is nothing more than a concrete floor is inside. If you are planning to sleep there, you will need a sleeping bag and a mat, other-vice you will freeze to death on the concrete floor. Especially if you do it in late November, and don't be fulled by thinking it's India it's hot. At an altitude of 2400 meters night temperatures drop below zero.

One negative thing I have to say is about the amount of garbage which is dumped into a hole at the back of the shelter. And the number of rats that come with it. They really need to workout a better system. 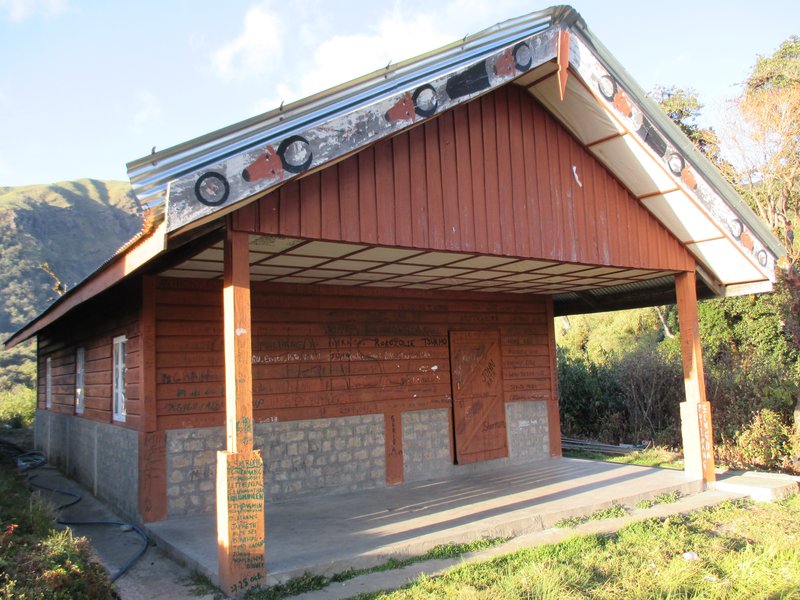 I believe you pay 100 rupees per person to use the shelter, but the keeper wasn't there so we were up for a free night.

An hour later a group of about 20 local village youngsters turned up. They were laying a 10 km pipe from a water source up on the mountains down to their village.
They scooped some water in the shallow well and boiled a tea, which they kindly offered to us. We had a little chat. They explained that this was a very Naga thing. They generally have a very strong sense of community. It's normal for a whole village to do things together for common benefit. 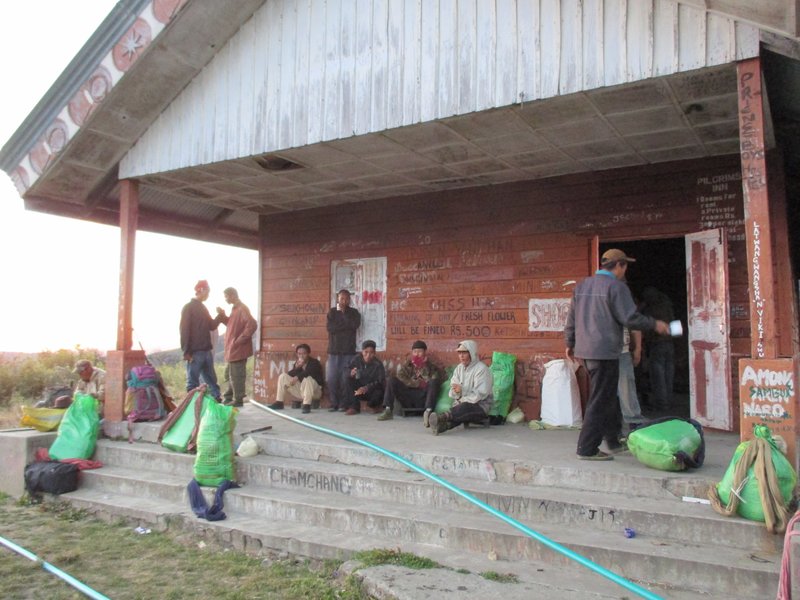 They decide to push on to the next village and sleep there in a community hall.

We went to the kitchen, restarted the fire and boiled us some instant noodles.
We quickly ran out of wood and had to resort to burning some of the timber logs stocked around. I felt quite bad about it, but in a way it was a matter of survival. It was far too cold to sleep on the concrete floor. In a hind-side we could have used timber planks to build a sleeping platform raised from the concrete floor. But we decided our best bet was to spend the night in the kitchen, keeping the fire going and trying to get some sleep. That could have been the case, if it wasn't for the bloody rats. God they were freaking us out, those things don't sleep.

We were looking forward to sunrise and much welcomed rise in the temperature. And when the sun finally shed some light on the valley that what was saw.... 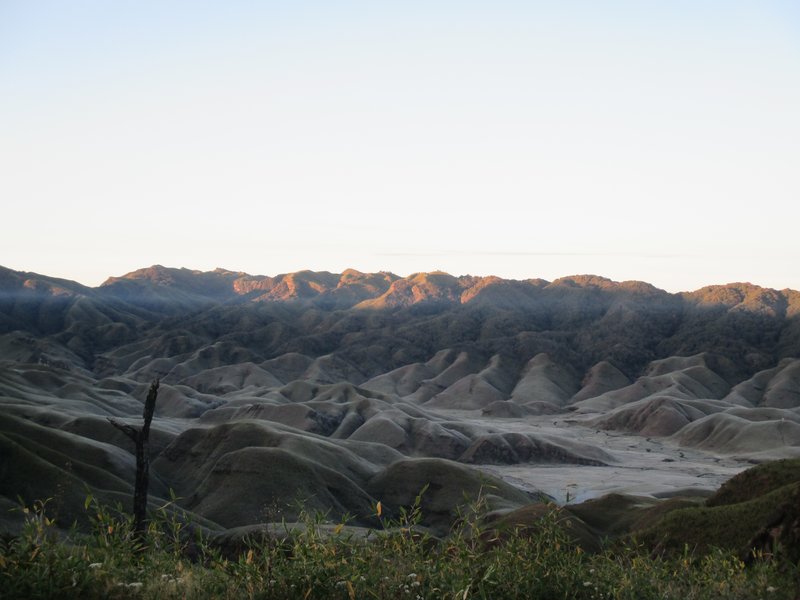 We decided to go back a different way following the trail where the village guys came from. This would take us back to the main road just outside of Viswema.

A half way through I felt sick and started puking my guts out. My first thought was it must have been that tea they shared with us. The water well look very dodgy, but I saw the water boiling, could it be toxin poisoning? You can get poisoning from boiled water if there is a high level of toxin already built up there. I freaked a little, found an abandoned fireplace and started eating charcoal. Man... that stuff is gross, it's like eating sand and aftertaste won't go away for hours.
I than figured out that it must have been a Lychee flavored soft drink I just had. Dovile had only a sip and I downed the entire bottle, hence she felt a bit funny and I was well messed up.
Not sure if eating feast full of charcoal helped, but I like to think it wasn't in vein.

We reached Viswema in under 4 hours, and were told that if we walk back to Zakhama we should be able to catch a jeep to Kohima.