Independent desert safari out of Jaisalmer on a backpacker's budget

You can't spend a month in Rajastan without going for a safari.
We tried to research for it to get an idea of the cost and what to expect. But all that internet and Lonely Planet told us that it's a bit hit and miss and you should just come to Jaisalmer and go and see few travel agent.

I had a 5 year old LP where there was a good review of a place called Badal House, in a village of Khuri, 40 minutes out of Jaisalmer. A 5 year old LP said Mr. Badal Singh was charging 500 rs for a full board home-stay and organised safaris for another 500 rs per person per day, so we decided to give it a go.

We arrived Jaisalmer at 6am on an overnight train from Jodahpur and went to the road towards Khuri where we were supposed to catch a Bus. LP and Wikitravel were stating that you can catch a bus from the first cross road on road rd '15', where there is a large Banyan tree and a small shrine. We easily found the place, but after asking some locals who were hanging out on the streets at 6 am, and most of whom speak hardly any English, we realized it wasn't the right place. Bus departs from a small Bus stand further down that same road, you have to walk for about 10-15 minutes until you see a bunch of buses and jeeps parked. We had to wait for till 8 am for the first bus to depart and it took us under an hour to get the place. Tickets - 30-40 rs.

You can't miss that place it's right in the middle of the village and anyone can point you towards Badal House.
Here is the man himself - 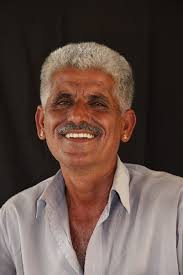 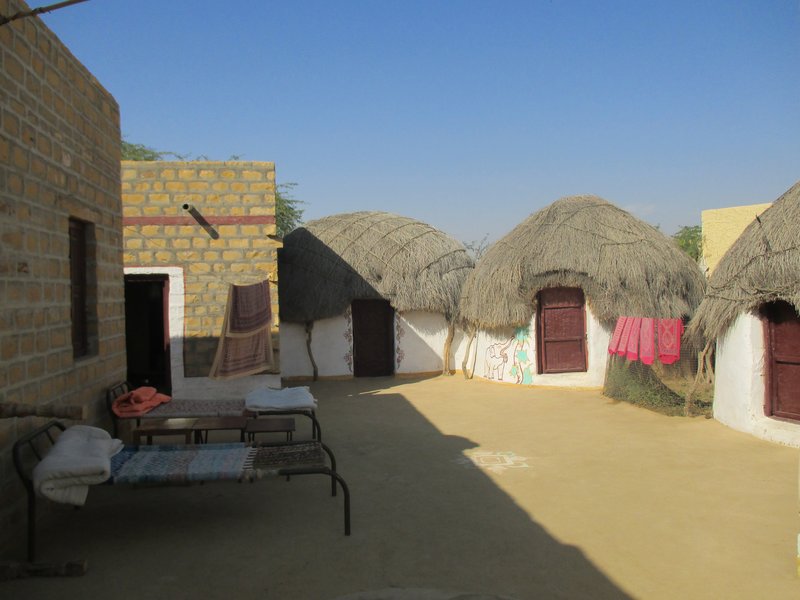 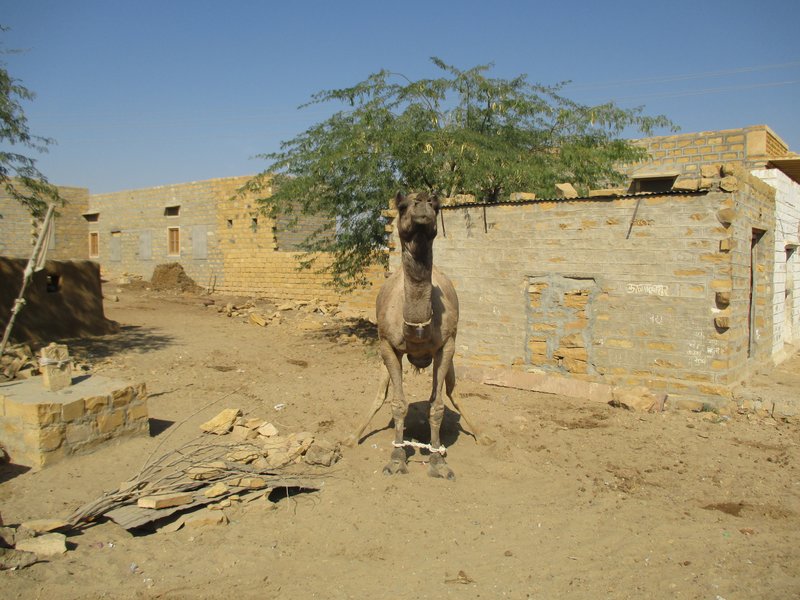 To our surprise we found out that none of the prices has changed in the last five years. Mr. Badal was providing a little sanctuary of home-stay where you live in mud huts from the smurf kingdom. The food is great, the family is very kind and you really feel like you staying at someone's home. He used to work as camel driver for decades, than when he got too old for that he put a sign on his house and waited for people to come.
He is a very modest man who has never been to Delhi, doesn't like Jaisalmer because it's too busy and is absolutely in love with desert.

Totally of point, but Also make sure that you spend at least one night on the roof under the desert stars!
We decided to take it easy and use this opportunity to have some rest from buzzing cities of Rajastan.

There isn't really much to do in Khuri, it's literally just a gateway into the desert. We strolled around to take pic at the quiet and somewhat primitive desert life. 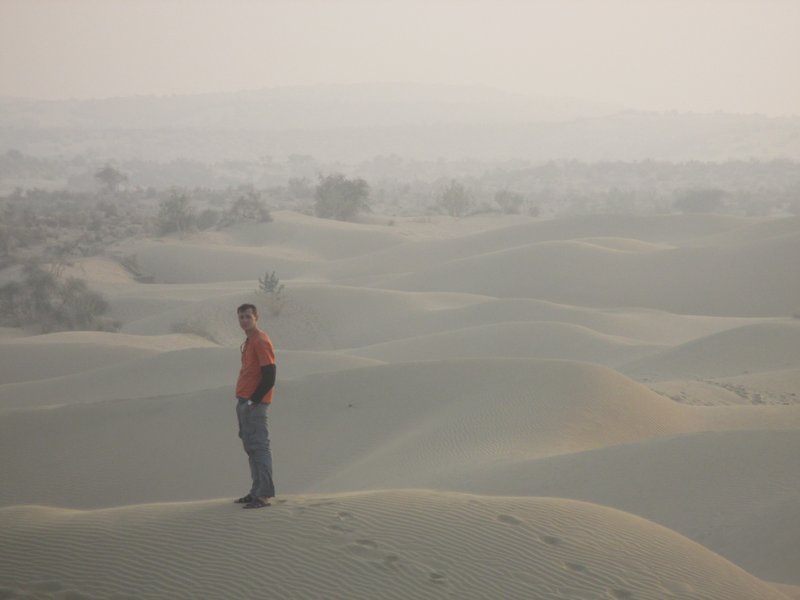 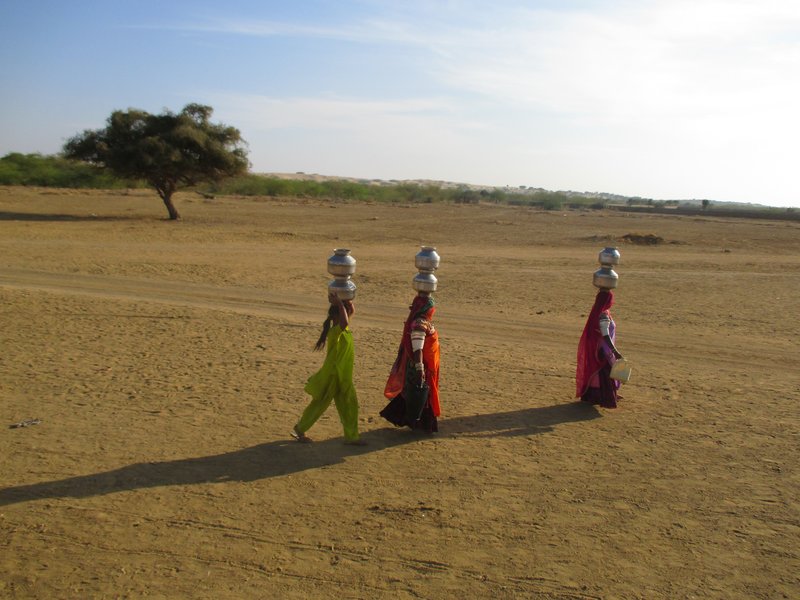 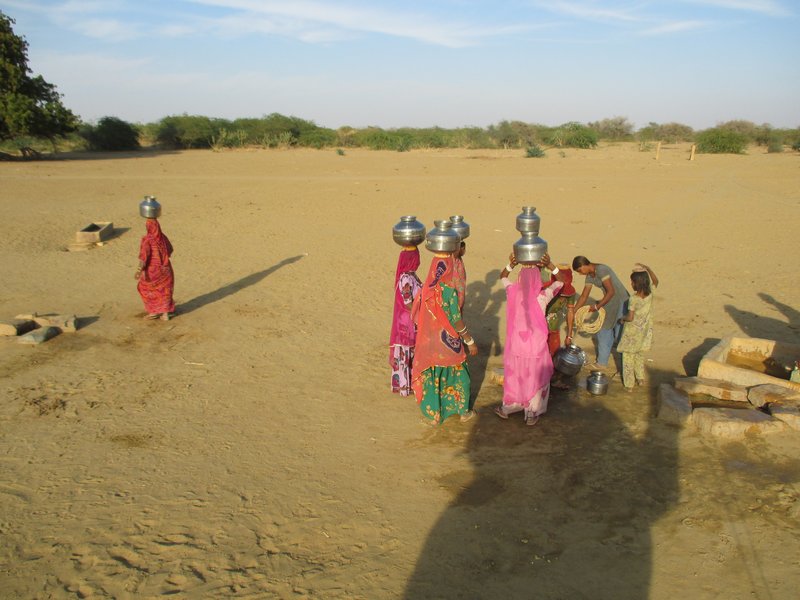 We decided to go for a 2 night desert safari, frankly it's hard to handle more than that on a camel.
We left in a late afternoon each accompanied by a camel driver. I don't think we were riding for longer than an hour, but we managed to cross a couple of dunes to find a remote and lonely spot for ourselves.
Our drivers managed to collect some firewood and cook us an intricate desert dinner, we in turn shared some whiskey. Sun set and an hour later we were of to sleep under the stars. 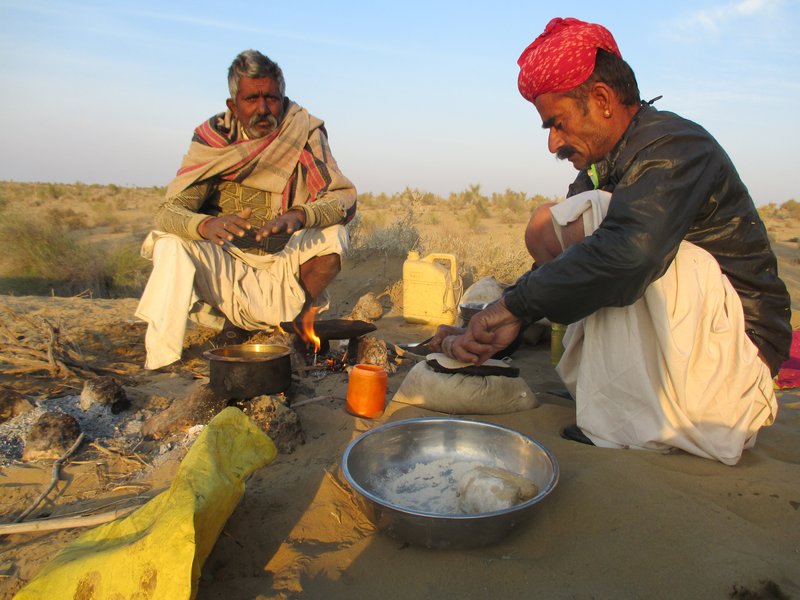 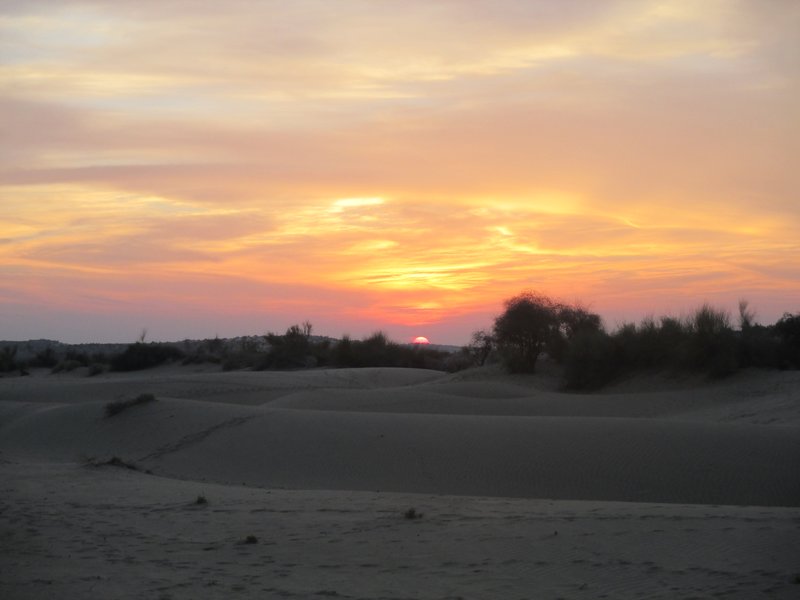 The next day we got up for a sun set, had some breakfast and set off deeper into the desert. This is where we actually experienced what it's like to ride a camel and I mean galloping across dunes and desert bushes. The ride starts really cool and 15 minutes later you pray for it to stop... 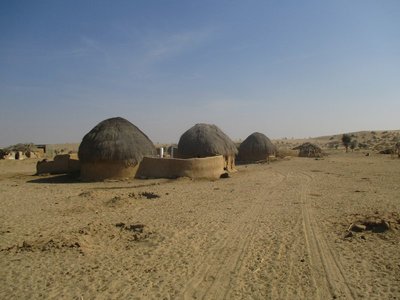 An hour and a half later we arrived at this little settlement in the middle of nowhere, where we were greeted by our camel driver's family. 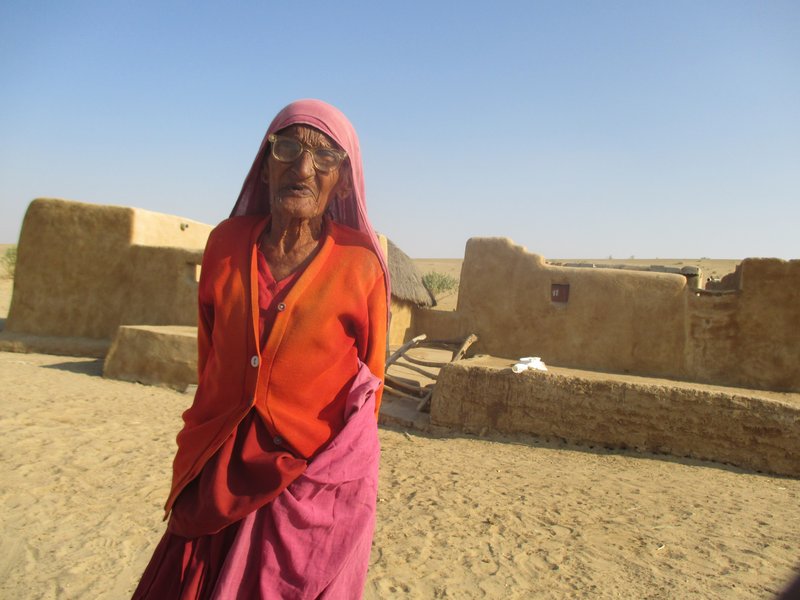 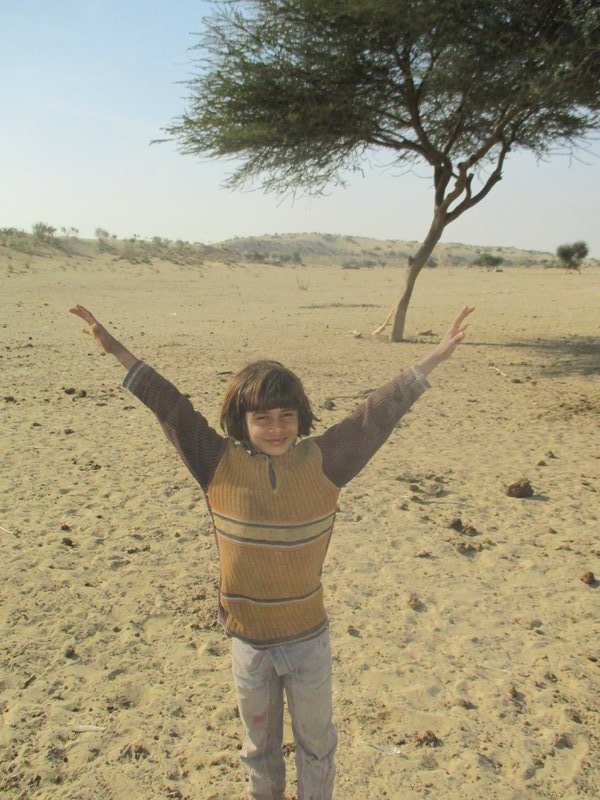 The re isn't whole lot to do during the day so we wondered about around the village, explored the dunes and after having a basic but very tasty desert lunch we set off back into dunes for another night under the stars. 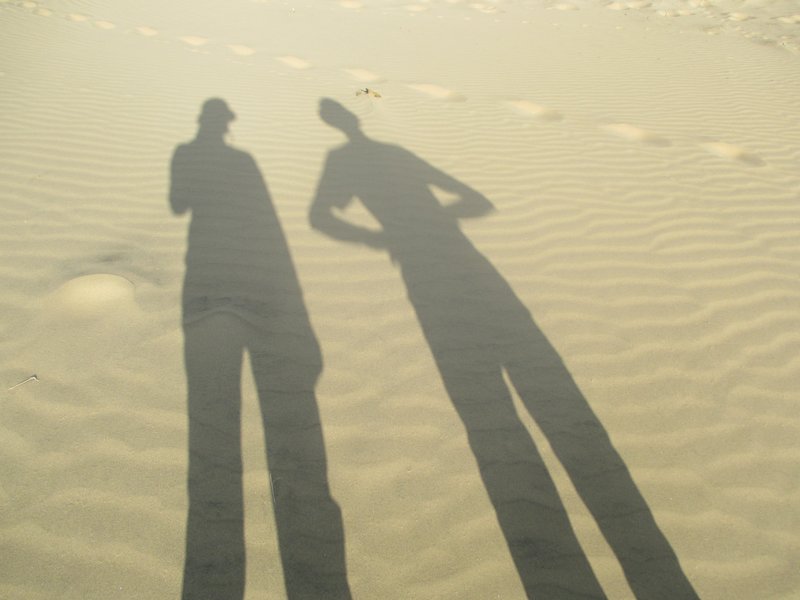 Next morning we got back home just before afternoon, leaving enough time to get a clean shave. 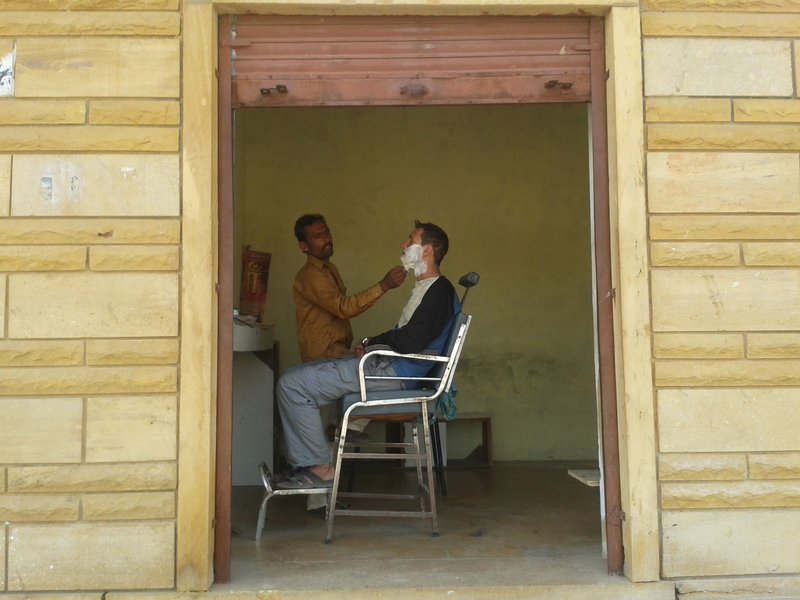