Chernobyl - the most exotic tourist destination 2014

Ukraine. A day trip to Chernobyl

I come from one of those countries where you don't have much to brag about. What the hell, most people don't even know where Ukraine is. But we there is one thing in Ukraine which was named The most exotic destination in the world - Chernobyl NPP Exclusion zone!

We used Chernobyl tour, it was about £100 for the trip. You need to book at least 10 days in advance as they need to get a pass for you. It's a good company, the guys speak English and handle all queries quickly.

After meeting in central Kiev (Maidan) we got on a 2 hours journey to the exclusion zone, watched a documentary in English, a good idea to get some background on the disaster.

Once you get into the exclusion zone you realize it's anything but a dead zone. In fact it's really alive, Chernobyl zone is the most successful nature reserve in Europe with a population of bears, wild horses and what not. 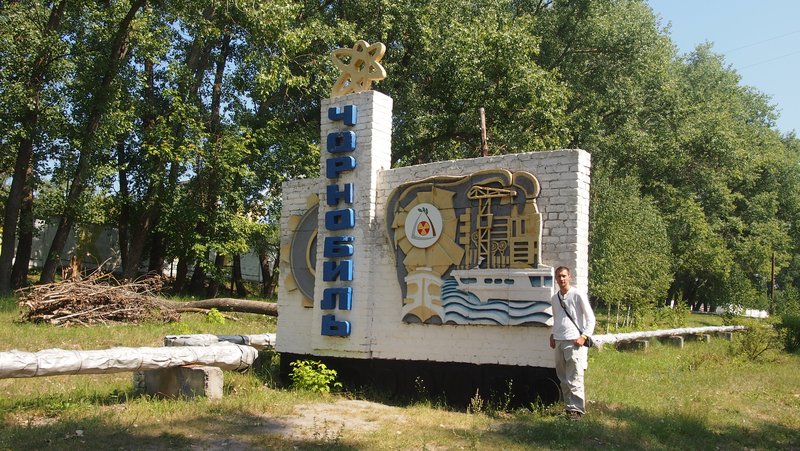 You skip by the actual city of Chernobyl where funnily enough radiation readings slightly lower than in Kiev. The city was spared by the radioactive cloud, than it was well-cleaned including slicing away a meter of soil, and is now home a few hundred Power plant workers.

We visited a couple of villages first: 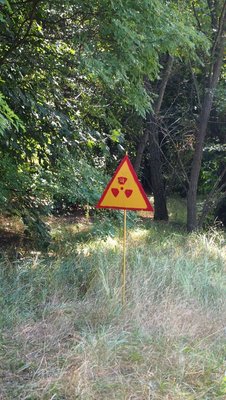 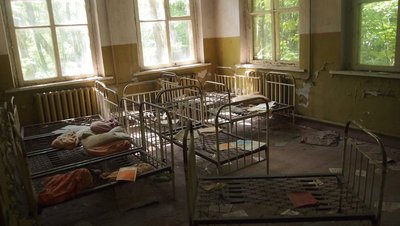 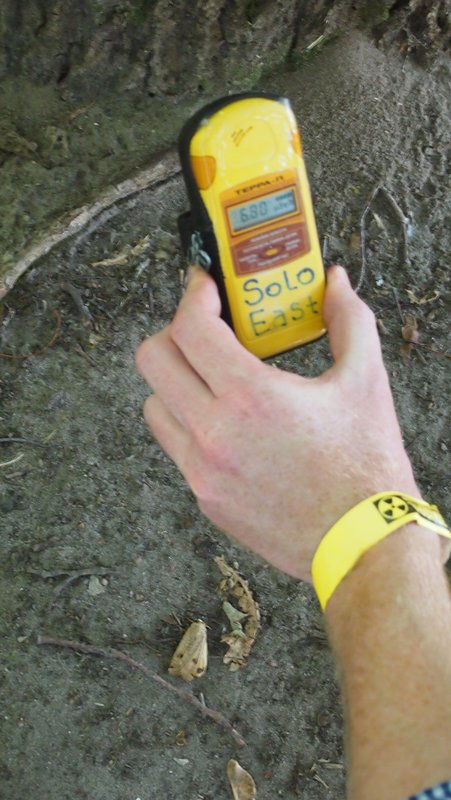 And than over to the CNPP 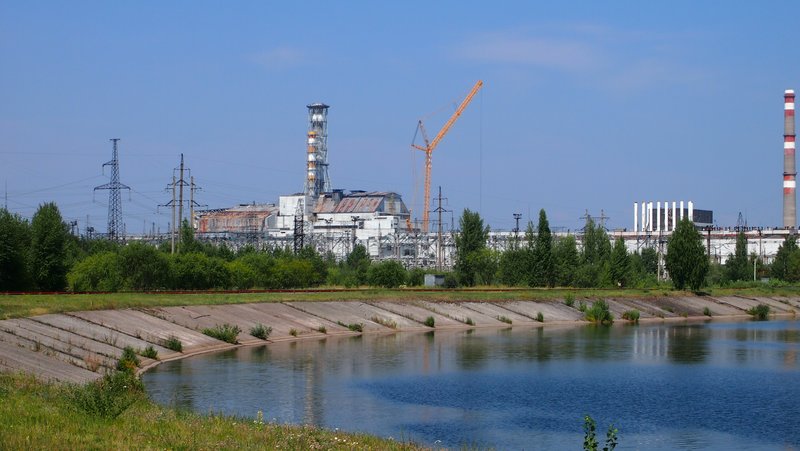 They were planning to have 12 of the blocks running, you see them being built all over.
And there it is- infamous block 4. You can get really close as you see. The counter was showing only 5 rad, which is somewhat similar to radiation you get while taking a flight. 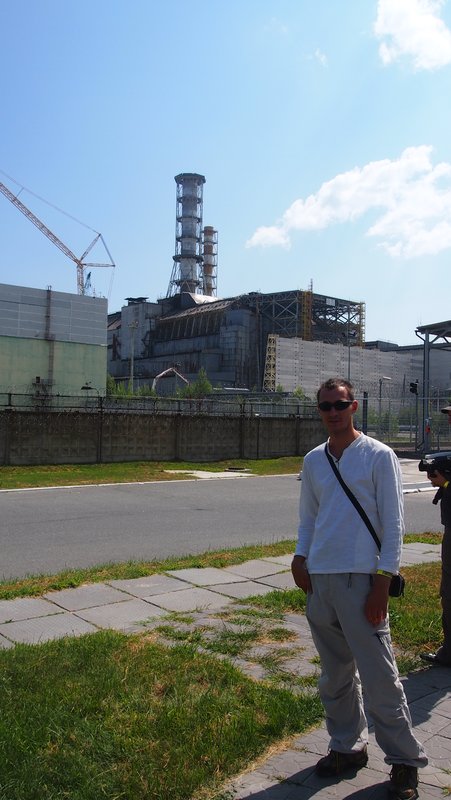 The initial sarcophagus was only built to last 30 years and is now well overdue for replacement. Hence they are building this baby: 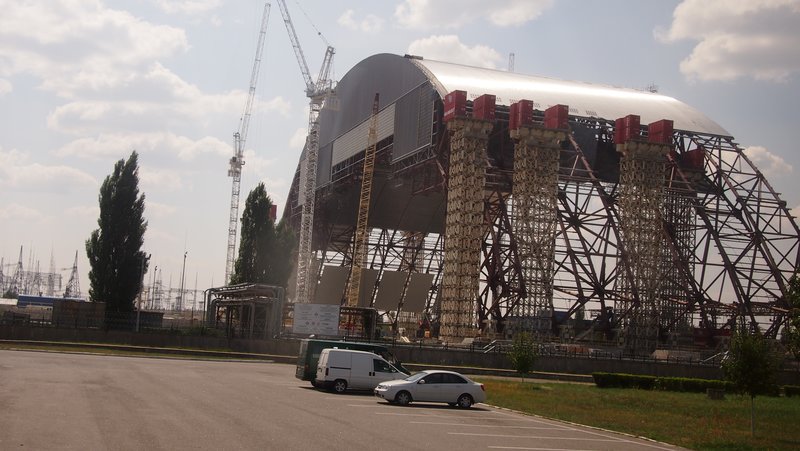 Then you come to one of the highlights of the trip... Cat fish feeding! Yes there is shed load of fish in the cooling canal and you can feed it right of the bridge: 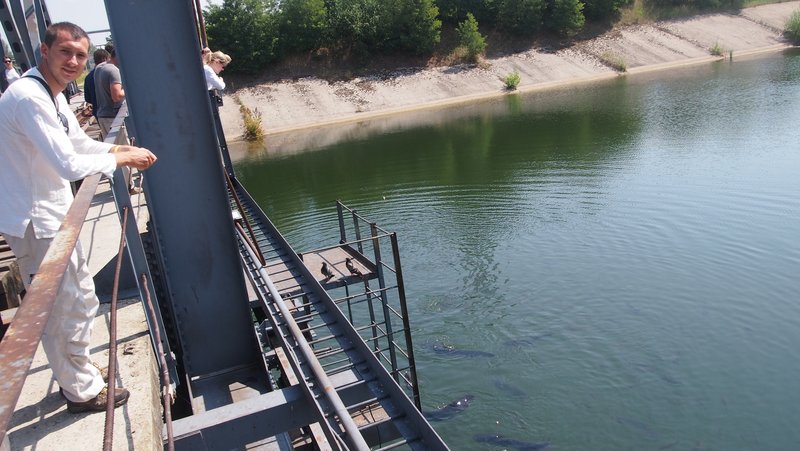 Than we made a mandatory stop by Pripyat pillar 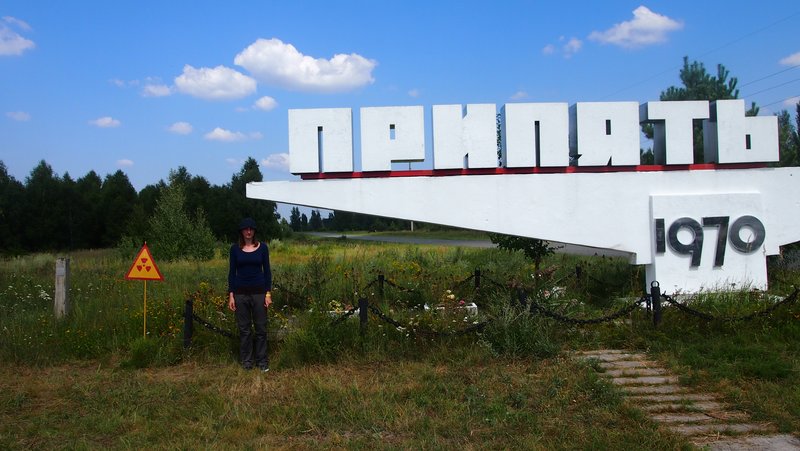 Pripyat got the worst of it. It is only a couple of km from CNPP, the city was home to about 50,000 workers and their families. This was a city from the future by Soviet standards complete with western-style supermarkets, sports grounds and amusement park.
It's probably best visited not in the summer, reason being it's overgrown. Grass, bushes and trees break through asphalt, you can stay right in the middle of the town and not realizing it. 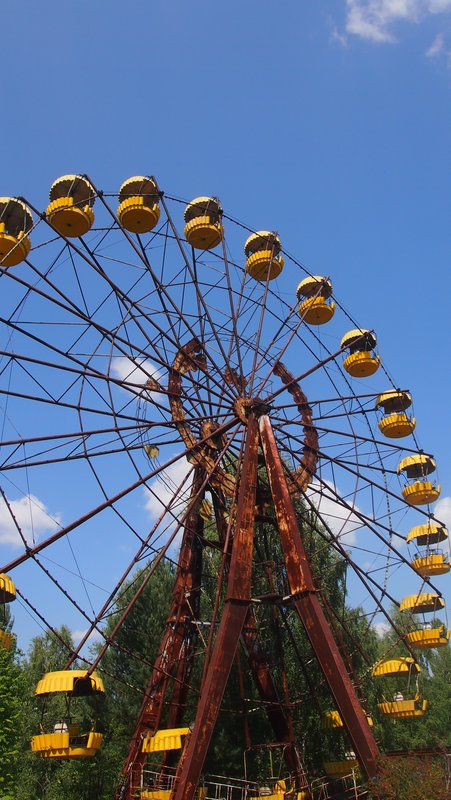 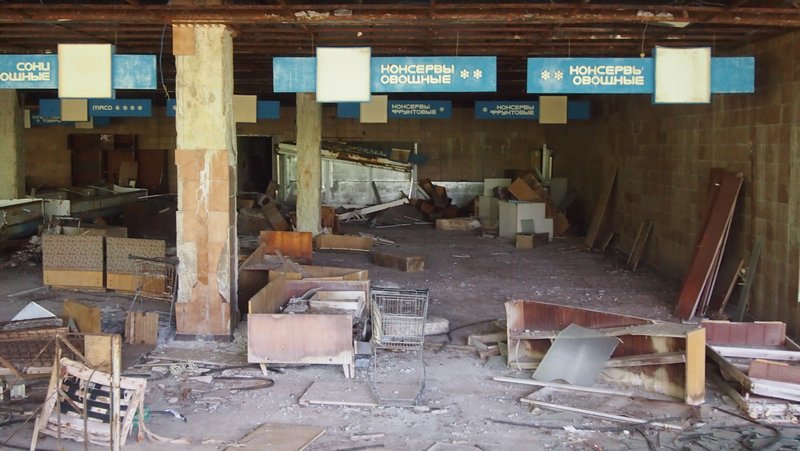 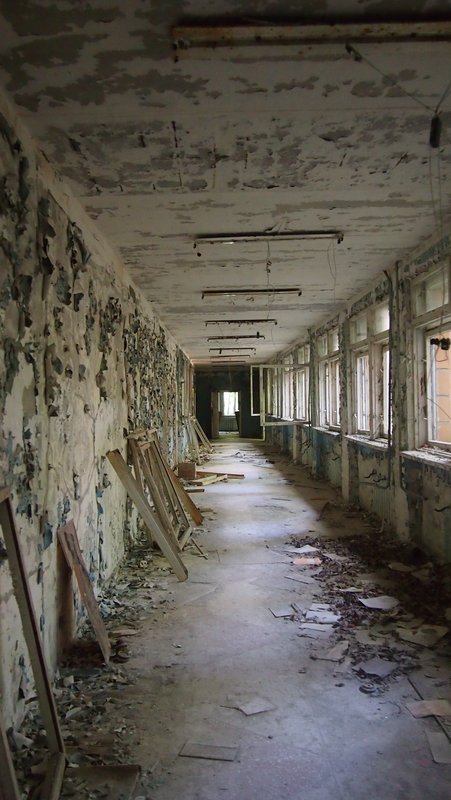 The infamous ferris wheel is actually brand new, it was supposed to be open on the 1st of May holiday, the CNPP blew up on April the 26th.

You finish the day with a dinner in Chernobyl cafeteria, where we got served cat fish...
There is a stop at the security check point where you go through some sort of radiation screening and you are free to go back into the world.